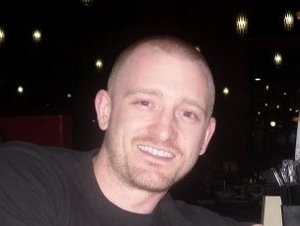 He was born in Corvallis to Terry Lee Sr. and Linda L. Moon. Terry's hometown was Philomath, Oregon. However, he called Albany, Corvallis and Philomath all home as he attended school in all three cities growing up. While this presented a challenge, he got his diploma and attended LBCC for courses in machining. He worked for several places in the valley - including Bike- E and Korvis machining parts - until he opened his own shop, Lunerfab here in Albany. In 2012 Terry was excited to move to Arizona and then Texas to be closer to his brother and his wife and new daughter. Plans were in the works for rebuilding a C-10 pickup with his brother and a new shop in Texas under the new name, Gorilla Warfare. However, in a devastating accident on Jan. 5, 2014, Terry was taken from us.

Terry is survived by his mother and stepfather, Chris and Linda Shew; father, Terry L. Moon Sr.; brother, Esley Moon and his wife, Samantha; nephew and niece, Ashton Landon and Payten May Moon. He is also survived by his best friend and companion, Elvis; as well as many other family members.

A memorial service will be at 11:00am, Saturday, January 18, 2014 at Fisher Funeral Home. A celebration of Terry's life will follow at the Albany Eagles Lodge at 4:00pm.

Preserve the memories and special thoughts shared
by friends and loved ones with a Memory Book.